Who was the first humanist 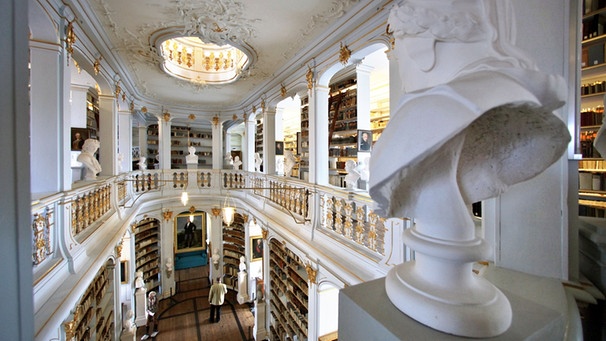 Humanism has been a fundamental topic for philosophers, writers and poets for around two and a half thousand years. In his ode "To Joy", Friedrich Schiller also conjured up the vision of the future of absolute humanity with the line "All people will be brothers". For the German poet, humanity was a realizable ideal. However, humanity means more than philanthropy and responsible behavior towards other people. It is also an attitude that protects life, freedom and human dignity. The Swiss Heinrich Pestalozzi, who worked all his life to practice humanity, was convinced that "true humanity is more delicious than all the beauties of the earth". The cultural philosopher Johann Gottfried Herder was even of the opinion that "purest humanity" can only be a religion for humans. The term "humanism" also means a worldview, the basic values ​​of which are anchored in almost all national constitutions: respect for human dignity, personality and life, tolerance, and freedom of conscience and violence.

The term "humanist" has several meanings. He can be a follower of humanistic ethics and morals, a writer or a philosopher in whose work the ideals of ancient culture take a central place. Or a teacher for ancient Greek and / or Latin. Students who have attended a "humanistic" grammar school are also called "humanists". Of course there are also people with a humanist education who are not at all human. Conversely, one does not have to know Greek or Latin in order to come close to Goethe's vision of true humanity ("Be noble, helpful and good!").

In the history of philosophy, a distinction is made between four epochs: the humanism of Greek and Roman antiquity, the Renaissance humanism of the 14th and 15th centuries, whose educational ideal was strongly influenced by ancient culture, the neo-humanism accompanied by the Enlightenment and humanism the modern.

Humanistic thinkers always pursued the question of how the happiness and well-being of the individual and human coexistence in society can best be realized. In order to find out, however, they first had to find the answer to the question of what a person is and what constitutes his true being. Is he a "thinking reed" (Blaise Pascal), "the measure of all things" (Protagoras) or the "human wolf", as the English philosopher Thomas Hobbes describes it? There is no doubt that the essence of man is terrifyingly contradictory.

Self-knowledge and the way to harmony

The Greek philosopher Heraclitus found that the wise man sees himself as part of a whole. "Man has the task of recognizing the all-prevalent world reason in himself and of aligning his actions accordingly". However, in order to be in tune with himself and to act correctly, he must become aware of his own strengths and weaknesses. The only question is how a person can be sure that the knowledge about himself is really true. Especially since, according to Protagoras, there are "no absolute, only relative truths".

The individual person can therefore only be the measure of his subjective knowledge. Even Socrates wanted to overcome this relativism. His motto "know yourself" and his interest was the question of true moral life. However, he also found time and again that most people have neither knowledge of virtuous and morally sound behavior towards other people, nor of their ignorance. "And yet everyone feels very wise". According to Plato, the pupil of Socrates, he who knows about his ignorance is "a little bit wiser". However, since Socrates was convinced that every person has a natural tendency to be good and thus also happy, in his opinion it is sufficient to know what is good in order to do it. On the other hand, whoever does evil is a victim of his lack of knowledge.

For the German social psychologist Erich Fromm, "good" in the sense of humanistic ethics means the affirmation of life, the development of human possibilities. A virtue is to feel responsible for one's own existence. Evil, on the other hand, paralyzes human powers. A vice is irresponsibility towards oneself. However, Fromm also believed in human development.

For the Roman statesman Cicero, injustice, brutality and ignorance were incompatible with the term "humanitas" which he coined. And the French philosopher Jacques Maritain also took up the idea that man has the high purpose of cultivating the good in himself.

The 18th century was not only marked by humanistic thoughts, but also by a belief in moral progress, in which man needs an education in order to become good and complete. Immanuel Kant, on the other hand, appealed to be courageous and to use one's own understanding. Because "Enlightenment is the exit of the human being from his self-inflicted immaturity". Even today, indifference, indolence and cowardice are among the worst human weaknesses.

What we are and what we want

While the humanist Pico della Mirandola called man the crown of creation, Jean-Paul Sartre declared that man is nothing but his own design and that he only exists to the extent that he is realized. For Francesco Petrarca, wisdom was not in the foreground, but rather becoming a better person. In doing so, man must not only have the ability, but also the good will to become good.

The man and the problem

The German philosopher Max Scheler established around 80 years ago that at no time in history has humans become as problematic as in the present. Siegmund Freud cited the "three great insults" that the "naive self-love" of humanity had to accept from science as reasons: that the earth is not the center of the world, that humans are descended from the animal kingdom and that they are ruled by their unconscious. The philosophical writer Ludwig Marcuse did not want to see humans either as the image of God, an ape or society.

"Because he has learned to lead an ambiguous, unmistakable life between his two inventions, the angel and the beast."