Most people believe in fate

The big questions in lifeQuestion 37: What is fate?Excerpt from the interview by Insa Gall / Hamburger Abendblatt 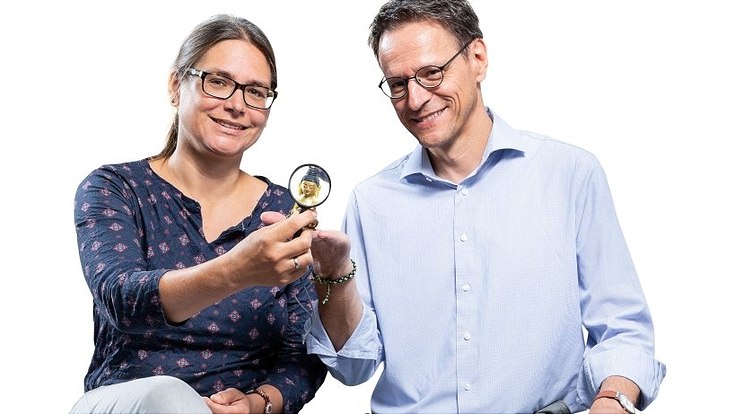 The medical ethicist Dr. Katharina Woellert from UKE and the Buddhism expert Prof. Dr. Michael Zimmermann are on the trail of fate.

Is the course of our life in our own hands - or in that of a higher power? Is everything predetermined that will happen to us? In any case, most people feel confronted with fate when something bad happens or death is near, as the medical ethicist Dr. Katharina Woellert and the Buddhism expert Prof. Michael Zimmermann.

Do you personally believe in fate?

Prof. Michael Zimmermann: Not really. I think that even if you are partially dependent on other people, our lives are largely in our own hands. Maybe there is luck sometimes, but I don't believe in a given fate

Miss Dr. Woellert, you work as a clinical ethicist at the UKE. How do you encounter fate in your everyday life?

Dr. Katharina Woellert: The patients who are cared for by us are often confronted with serious medical problems. In such situations, the question arises as human beings whether this is a fateful event, and we have to develop an attitude towards it. In all efforts to heal, the fateful often plays a role, also because a lot lies outside of one's own sphere of influence or cannot be fully understood. In my work in advising patients, the key question is always: What should I do? Many associate this with: Should I submit to my fate or should I take it in my hand?

What is fate anyway?

Woellert: For me, fate is the unavailable - that which is beyond our sphere of influence. Behind this are different ideas about the power that rules over the unavailable. In the health sector, the question arises to what extent health or illness have anything to do with fate or whether we can significantly influence them.

After all, according to a survey, half of Germans believe in fate. The power that guides our lives - this is associated with many religious ideas.

Zimmermann: Yes. When it comes to what is beyond our control, we quickly get into the realm of religion. Every religion tries to answer exactly these questions: Why is something happening? Why is it happening to me The higher power can be divine, but there is no such thing in Buddhism, it is more about what we call karma.

Zimmermann: Karma describes that everything has a cause and an effect. Everything we receive as good or suffer as bad has a cause in the past - in previous lives that we cannot remember. What we do now affects our future - maybe in a later life. Other religions such as Christianity and Islam also try to provide answers to these great questions of life.

The many deaths in the American presidential family Kennedy, which some seem to be a curse; the truck driver who came to a halt a few meters from the collapsed bridge in Genoa - is that fate or coincidence? Is the belief in fate just an exaggeration of chance?

Woellert: There are phenomena that we cannot yet understand at a certain point in time, but we can assume that they are fundamentally understandable. That is what drives medicine, for example. It assumes that anything, or at least a great deal, is possible, even if we do not yet know exactly how. But this is only half the truth. There is something that will remain unavailable. We have to develop an attitude towards that.

Zimmermann: To put it simply as a historian of ideas: If you study the first Buddhist writings that were written in pre-Christian times, they talk more about chance, probabilities and scientific explanations: If you go to a certain place at a certain time , it is likely that this or that will happen to you. In the later development of Buddhism more and more arguments were made with karma, so that in the end hardly anything would be karmically insignificant. There is a turn to fate. In terms of religious studies, it is interesting that the belief in fate has increased.

Does the belief in fate release us to some extent from the need to shape our own lives?

Zimmermann: There is a radical way in Buddhism: You can get out of your everyday life at any time and become a monk or nun, leave everything behind and strive for awakening, for getting out of the cycle of rebirth. That would be the exit from fate.

Is it a comforting thought for people to be safe in fate or a frightening feeling of being at the mercy?

Zimmermann: Rather comforting. There is a television broadcast in Thailand where viewers can ask monks why something specific has happened to them or their closest relatives. Then the monk explains that it is because this person did this or that in another life 300 years ago. I think it has a very calming effect. True or not, it has a comforting effect. It is not entirely different in Christianity, Islam and Hinduism. People need models with which they can explain what is happening to them.

In the ancient world of legends, in the stories of Oedipus or Odysseus, the protagonists seem free in their actions and do everything to escape their fateful destiny prophesied by oracles, only to then realize this fate themselves through their actions. This shows how old the preoccupation with the tension between fate and free will is.

Zimmermann: That's right. In early Buddhism there was always this double aspect: some things can be explained, others are fateful. The idea that we can shape and determine our own lives was also considered.

And today? Is it all fate, or can you significantly influence your own path in life?

Woellert: Seen a bit like a woodcut, there are three possibilities: I am at the mercy of my fate as if to a power ruling over me. The second: I cannot change my fate, but I have the power to react to it and this gives me various options. The third possibility is to understand the supposed fate as a challenge and as an invitation to fathom what I don't yet know how to change. Personally, I don't like to decide which is the right one. I encounter this in my job when people are confronted with a difficult diagnosis and ask themselves which therapy they would like to use in view of the stress that is associated with it. The question of how one sees oneself as a seriously ill person plays with the possibilities of accepting the unchangeable, but at the same time developing one's own attitude.

How do you advise in such a situation?

Woellert: Sometimes a treatment team, but sometimes relatives of the patients, turn to me with the question: What is the morally correct thing here with regard to what is medically possible? For example, in the case of life-sustaining measures in the advanced stage of a serious illness, other forms of chemotherapy or operations whose chances of success are uncertain, but which are likely to be associated with severe stress. Doctors, patients and their relatives ask themselves: Is what we are doing here still correct? This is the moment when the fateful comes into play and the question of whether we have to orientate ourselves on what fate has given us.

What do you tell them?

Woellert: I say that I cannot answer that in general, but only know for myself. My job is to accompany them in their search for the right answer, to guide them and to provide assistance. I find it exciting that there are so many different models that basically all work with the same basic question of making inexplicable or very serious things explainable. And sometimes they meet. For example, in counseling, one person says: I cannot decide whether my relative should continue to be treated or not, even if I am legally authorized to do so. That has to be decided by a divine authority. This basic attitude is perhaps offset by a different one: there are therapy options; we can compare their opportunities and burdens and ask ourselves what the patient would have wanted himself. This often leads to conflicts behind which there are different views of fate. If we are not in such a drastic situation, we can discuss it quite well and negotiate our different positions with one another, but not when things get serious and affect us very existentially.

Woellert: No, that cannot be generalized. There are people who describe themselves as religious, but would not speak of a divine authority in such decisive moments, others do. It is not that people of a certain faith always behave similarly. It's a very individual story.

Zimmermann: I see it that way too. There it breaks away from the philosophical religions that we have in mind. When it becomes individual, it looks different when it comes to death. It's nice to have a religion or a philosophy and to say to yourself, it doesn't matter if I die, I'll be born again. As death approaches, one may wish for additional days, months, or years after all.

Does our inner attitude influence our fate? In medicine in particular, there is the idea that one's own attitude - optimism and positive thinking - could influence the course of the disease.

Woellert: For me, the more interesting question is what kind of responsibility results from this. In the health sector in particular, I have an influence: I can eat very healthily, not drink too much, stop smoking, or I decide to continue smoking and do extreme sports, so I expose myself to the risk. In doing so, I am influencing what could be described as fate. Conversely, does this mean that every individual has a responsibility to take care of their own health? And what is the responsibility based on? From a higher moral order? Or from the scarce resources in the healthcare system? This question arises not only at the end, but also at the beginning of life. Do I have to have prenatal diagnostics? I could find out whether the unborn life in me is threatened with certain blows of fate. Then I could respond to it, make an abortion or do prenatal therapeutic work.

You can read the full interview in the Hamburger Abendblatt:

to the interview: What is fate?