What are cement factories

Cement making is hot business. Raw materials such as limestone are heated in a rotary kiln to 1,500 degrees Celsius, the exhaust gases still leave the furnace at around 1,000 degrees. Part of the heat is already being used for drying and preheating the raw materials. But around two thirds of the energy is often lost unused.

Generating electricity instead of destroying energy

The southern Bavarian Portland cement plant in Rohrdorf has now become more efficient and environmentally friendly. Since June 2012, the residual heat has been driving a turbine to generate electricity. The trial run was successful, says Helmut Leibinger, process engineer at the Portland cement works in Rohrdorf. "We generate five to six megawatts of electrical power." This corresponds to the electricity consumption of more than 16,000 households - or 30 percent of the electricity needs of your own cement works. Thanks to the almost complete generation of electricity, the Rohrdorf cement works can save around 31,500 tons of CO2 emissions per year.

Not only that: the cement plant also saves water. In the past, the cement works needed around 30 cubic meters of water every hour - a complete swimming pool full - from its own deep well to cool the 430 degree hot exhaust gas. With the new technology for generating electricity, only 35 cubic meters of water are required, in a closed circuit. So the water does not need to be renewed. 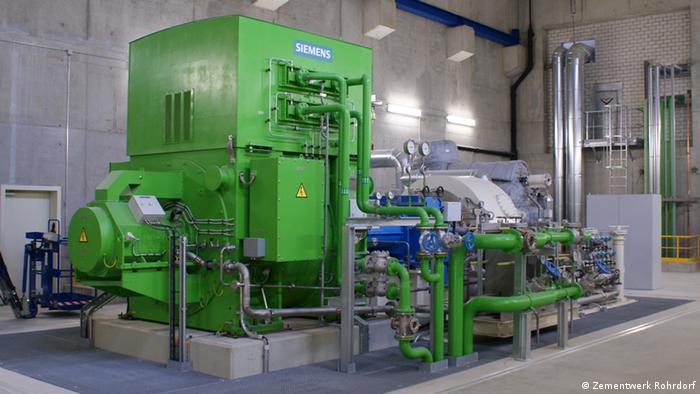 Model for other cement plants

"This is a model for other cement plants in Germany and Europe," says Bettina Rechenberg from the Federal Environment Agency. "Although I have to say that the procedure can certainly not be transferred one-to-one to other plants." Don't buy yourself off the shelf. Every plant is different. The operating procedures differ, as do the temperatures of the exhaust gases. Another important factor is how moist the raw materials are, adds Volker Hoenig, Managing Director of the Research Institute of the Cement Industry in Düsseldorf.

The raw materials in Rohrdorf have a water content of around five percent. Other cement plants use materials with a higher water content. "In the range of ten percent moisture or more, almost all of the waste heat has to be reserved for drying," says Hoenig. There would then be nothing left for use to generate electricity.

Investment pays off after ten to twelve years 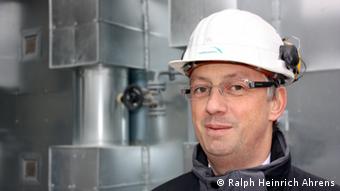 "If the economic situation would allow this," says Hoenig, then other cement works in Germany would also have quantities of heat left over to convert them into electricity. But the use of the waste heat costs a lot of money first of all: the Portland cement works paid around 31 million euros for the use of waste heat to generate electricity. This investment would pay off after ten to twelve years at an electricity price that rises by around three percent annually, according to process engineer Leibinger.

Since the cement plant has received a grant of 5.4 million euros from the environmental innovation program of the Federal Environment Ministry, the payback period is reduced to around ten years. Even that is a long time. "That is only possible with owners who do not rely on short-term returns, but rather think in terms of long periods of time," emphasizes Mike Edelmann, Managing Director of the Rohrdorfer Group.

The idea of ​​using waste heat consistently is not new. Like the rest of Europe, Germany is a developing country here. It is different where electricity is more expensive like in Japan or where the power supply is unstable like in China. 500 cement plants are already using this technology in the two countries. "In Japan and China, this technology is basically the state of the art for new cement rotary kilns," explains Hoenig from the Research Institute of the Cement Industry. "Since electricity costs are higher in Japan than in Germany, this approach is more economical for the cement works there." China has decided that new larger cement plants must use this technology. "It is also about security of supply," explains Hoenig. It makes sense to generate some electricity yourself in order to keep the rotary kiln running even in the event of a power failure.