Can a materialistic boy love a girl?

Researchers from the Universities of Missouri and Illinois in Chicago found that parents who use material goods to raise their children can long-term encourage materialistic attitudes in their children that can cause difficulties later in adulthood. 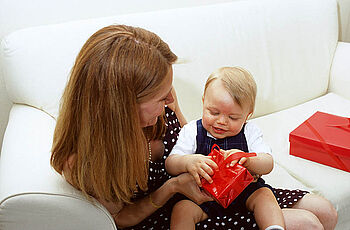 "Our research shows that children who receive many material rewards from their parents tend to continue to reward themselves with material goods later in adulthood - and that could be problematic," said Professor Marsha Richins of Missouri University. "Our study makes it clear how important it is to understand the influence of childhood and upbringing on adult consumer behavior."

Richins, who conducted the study with Professor Lan Chaplin at the University of Illinois, Chicago, identified three educational measures that promote materialism:

In this way, children through adulthood consolidate the belief that success in life is defined by individual ownership or that the acquisition of certain products makes them more attractive. According to Richins, previous research has suggested that adults who define themselves or others by their possessions are at much higher risk of marital problems, gambling addiction, and debt, and are less happy than people who are less materialistic. Materialism also contributes to the harm to the environment as it creates excessive consumption with a lot of waste.

Researchers also found that there was a link between hostile parents and materialism. Children who felt that their parents either didn't have time for them or were disappointed with them were more likely to be materialistic. In addition, adults who were both rewarded with material goods and punished by their deprivation were more likely to admire people with valuable possessions.
"It's okay to buy something for your children, but parents should also remind their children to be grateful for all the people and things they have in their lives," said Chaplin. "Each time the children express their gratitude, they become more aware of how well they are doing. This also enables them to be more generous and less materialistic."

In their study, Richins and Chaplin interviewed more than 700 adults. Scientists asked participants to answer questions about their childhood and relationship with their parents, and how they were rewarded and punished during three critical stages in childhood.