How did ancient China punish traitors

The legal system in ancient China was characterized by the fact that it had a long history, sprang from the same origin, and served the interests of the ruling class. 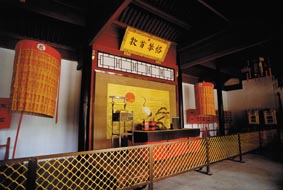 In archaic society, where only unwritten laws applied, social life and behavior of people were standardized by customary rights and traditional rules. The procedure for dealing with a case was quite simple and referred to “hearing what was said and looking at one's appearance.” One read the defendant's expression and through what today one would say psychoanalysis ascertained the truth of his testimony. In the Western Zhou dynasty (11th century - 771 BC) the laws already took shape in broad outline. The laws of that time consisted of legal provisions for rites and penal laws. The ritual laws proceeded from the positive side to standardize behavior and prevent crimes through self-restraint. Proceeding from the negative side, the criminals were punished by criminal laws, which was intended to deter imitators. The inequality of such laws consisted precisely in the fact that they were obviously subject to the principle: "The rites are not for the rank and file, and the punishments are not for the scholar-officials." But the tragic thing was that this principle pervaded the entire feudal society and for two thousand years was true. In the laws of the Wei dynasty (220-265), the so-called "eight categories" were found, which were also valid in later dynasties. This means that for crimes eight categories of people were punished more leniently by the law and had extensive immunity. In the laws of the Tang Dynasty (619-907) the "Eight Categories" were defined as: a) the emperor, b) close relatives of the emperor, c) wise, d) talented people, e) deserving people, f) nobles , g) hard-working civil servants and h) descendants of a previous emperor. These upper-class people enjoyed extensive immunity and were protected by law; apparently the masses did not fall under the protection of the law.

Apart from the ten types of serious crimes, the aforementioned groups of people were excluded from official prosecution for minor violations of the law. In one legal case, a petition was submitted to the emperor describing the crime and the status of the person concerned, and the emperor then commissioned officials to investigate the matter and propose a reduction in the sentence. The decision was made by the emperor. 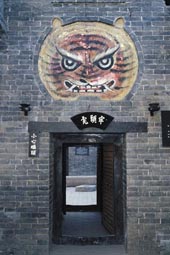 The reduction in sentence was not unconditional, however. The topmost requirement was that the act committed did not endanger the interests of the highest rulers, in concrete terms, could not belong to the ten types of crime. The ten types of serious crimes were a) conspiracy, b) destruction of the emperor's ancestral temple, c) rebellion, d) murder of family members of the older generation, e) bestial crimes, f) defamation of the emperor or a prince, g) murder of Superiors or treason against them, h) murder of local senior officials, i) murder of teachers, and j) incest. The scheme was adopted in later times. This gave rise to a saying: The most heinous criminals are those who have committed any of the ten types of crime.

The Canon of Laws is the first fairly systematically ordered collection of laws from China's feudal times. It originated at the beginning of the 5th century BC. During the Warring States Period, it was written by Li Kui. Six laws have survived from this set of laws: the theft law served to protect the property of the landowner class, the law on revolting against the authorities protected public order, the convict law dealt with the treatment of convicts, the law on prosecution served to arrest offenders , The Law against Disorder of Public Order included a penalty for stealing official seals and criticism of statutory provisions, and the Pardon Act was used to increase or decrease the sentence.

The importance of the Canons of laws consisted in the fact that the laws and legal provisions as well as legal concepts of the previous dynasties were incorporated and thereby formed a legally exemplary work that served as the basis for the structure and development of the legal system in the later dynasties. Especially in the laws of the Qin and Han dynasties (221 - 207 BC; 206 BC - 220), the legal ideas of Li Kuis and des Canons of laws enforced.

In the early years after the founding of the Han Dynasty, Chancellor Xiao He had based on the Canons of laws three more laws added. These laws formed the core of the Code in later times. By completing and adding, there were finally over 60 laws that related to many areas of society. There were over 1,000 paragraphs on the execution of the death penalty alone. The Han Dynasty Code comprised over a million characters.

In the Tang Dynasty (618-907), on the basis of the adoption of the laws of the earlier dynasties, the development and revision of laws placed the focus on education for virtue, with the judiciary only playing a complementary role. China's first administrative law was issued in the Tang Dynasty. This laid down the structure of the central and local administration, their posts and offices as well as the names and ranks of civil servants. This separated the administrative law from the criminal law. This was a significant step towards perfecting the legal system in China during the feudal era.

The rulers of the Yuan Dynasty (1206-1368) were Mongols. The laws applied during this period were basically the Tang Dynasty laws with minor modifications. The peculiarity of the laws of the Yuan Dynasty was that a certain nationality discriminatory policy was openly practiced. Members of different nationalities were divided into four social categories. B. wrote: "If a Mongol beats a Han Chinese, he may not strike back."

The laws in the Ming Dynasty (1368-1644) had two specifics. One related to severe punishments. In the foreword of the Great Canon of Laws of the Ming Dynasty, it was written: "Violations of the law will be punished with severe penalties so that the masses are deterred and not rebel." and the chaos of war and the political situation was unstable. In China's feudal times, there was a tradition of carrying out severe punishments “in troubled times”.

The code of the Qing Dynasty (1644-1911) bore the name Great Qing Dynasty Code. In addition to emphasizing the protection of the interests of the Manchus and adding and deleting individual paragraphs, the codes of the Tang and Ming dynasties were essentially adopted. This is also the final code of Chinese feudal society. With the victory of the revolution in 1911, a legal system that had existed in the two thousand years of feudal times disappeared from the historical stage in China.