How to Hire a Professional Wedding Photographer

Why you will never receive unedited photos from a photographer

In advance: I haven't been asked for unedited photos in a loooong long time. I think a lot of people just already know that this concept of raw photos doesn't exist. At the latest after everyone on Instagram has noticed that a photo looks better with a filter (it doesn't), they know that somehow somewhere there is always a bit of processing involved in photography.

And I'm not saying that now, because back in the day, the darkroom was always edited so that a photo could even be taken! But I thought to myself, because I was talking about a birthday again recently, that I would write down again why you will never receive unedited photos from me or other photographers! 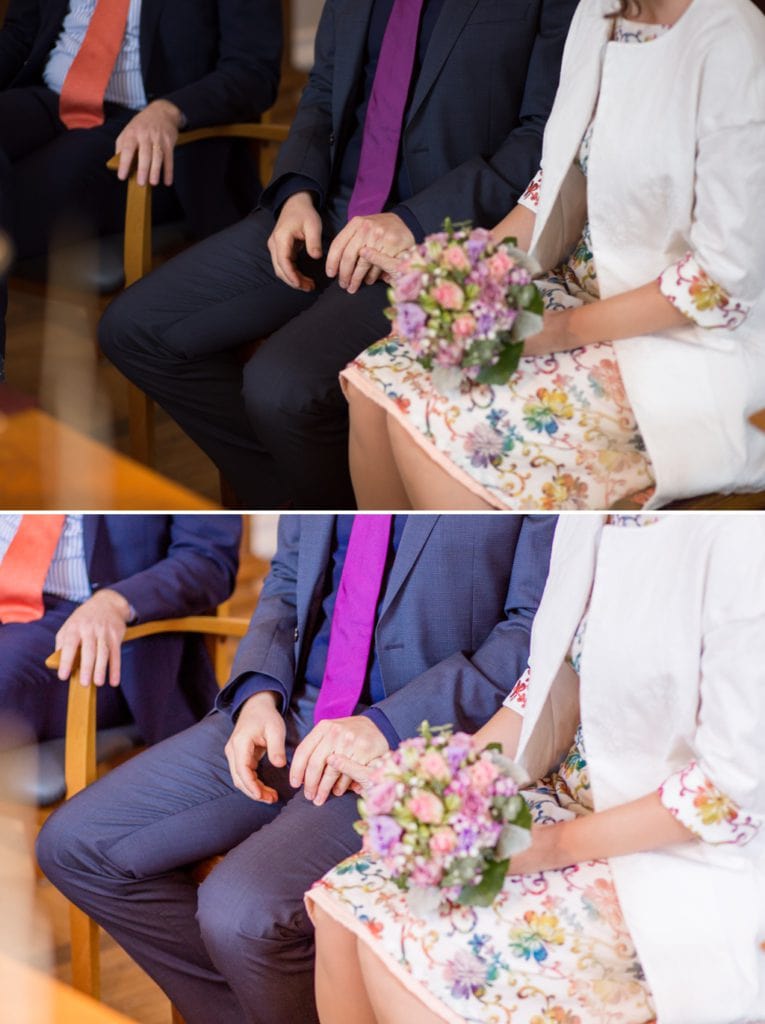 You all know that there are file formats and that they can be recognized by their file extensions and that .jpg and .png are very likely images, because these letters stand for image files. But have you heard of .CR2 and .NEF?

These endings stand for camera-specific RAW formats. RAW. Sounds almost like the scream of a tiger or a lion. But you can easily translate it and you have a slightly better idea of ​​the format: raw. 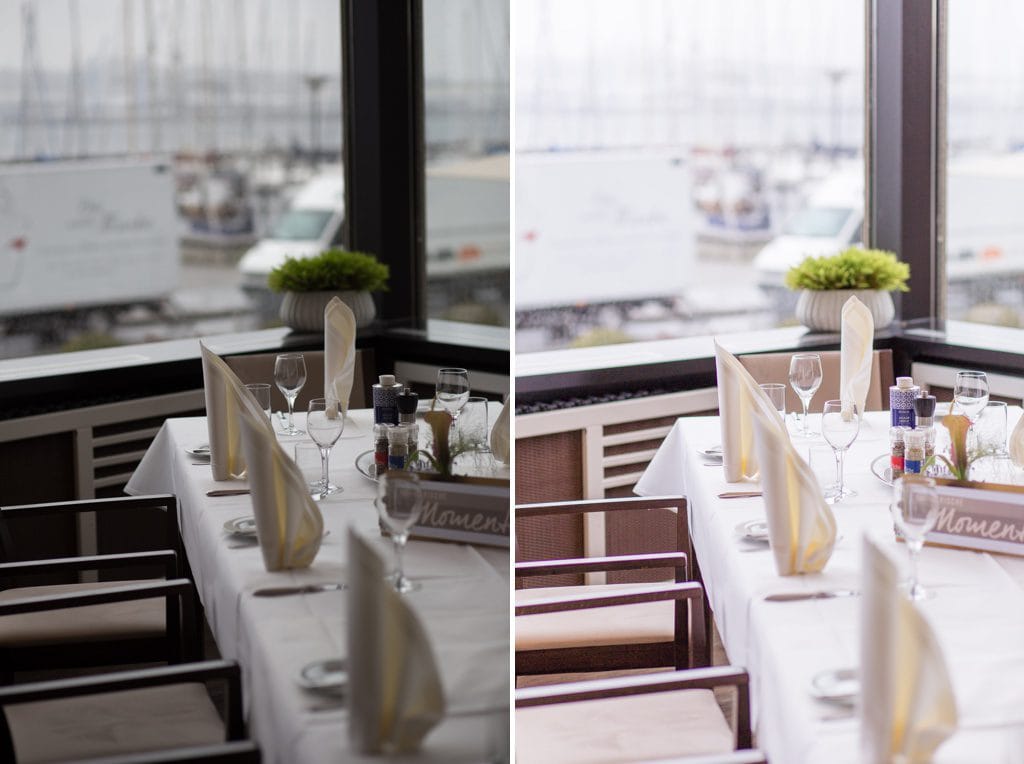 The camera thinks for you

If you take photos with your normal digital camera or with your mobile phone, the camera usually saves them as a .jpg file. This file can then be opened anywhere, uploaded and printed out. The camera has also thought a lot with this file! She knows exactly where the dark and light areas are in the picture, which contours should be sharpened a bit, that the colors can pop a little and and and and.

Anyway, the camera thinks it did a pretty good job there. We photographers don't like to be dictated to, we prefer to decide a lot for ourselves. We just want the image that is in our head and not what the camera logically analyzes and thinks what one would want to see! Ha! 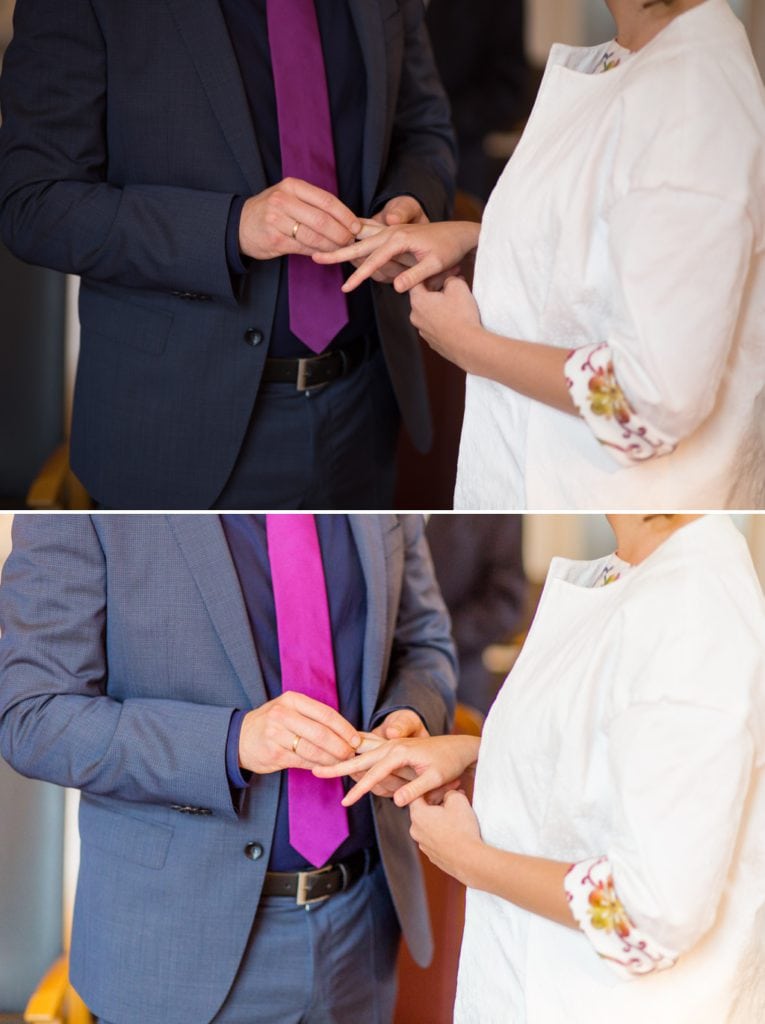 That's why we don't just use the manual settings - after all, we know a lot better than the camera how much light we actually want to let onto the sensor and how much it should deal with the light in general. No, we also use the raw RAW format, where the camera shouldn't think along. It just stores information. And that in a size that leaves us a lot of leeway afterwards.

If I load a RAW photo into my editing software, then I can still play with quite a few controls and switches and change and adjust my image really strongly. In the case of a .jpg photo, this would not necessarily be possible and certainly not in a usable quality. 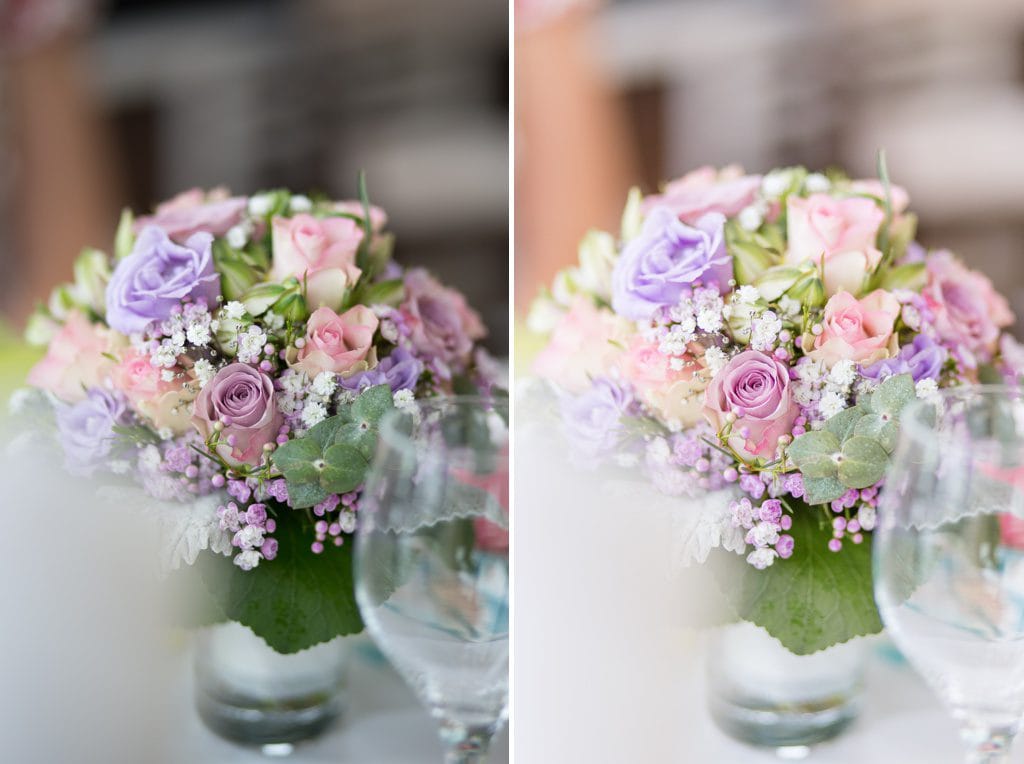 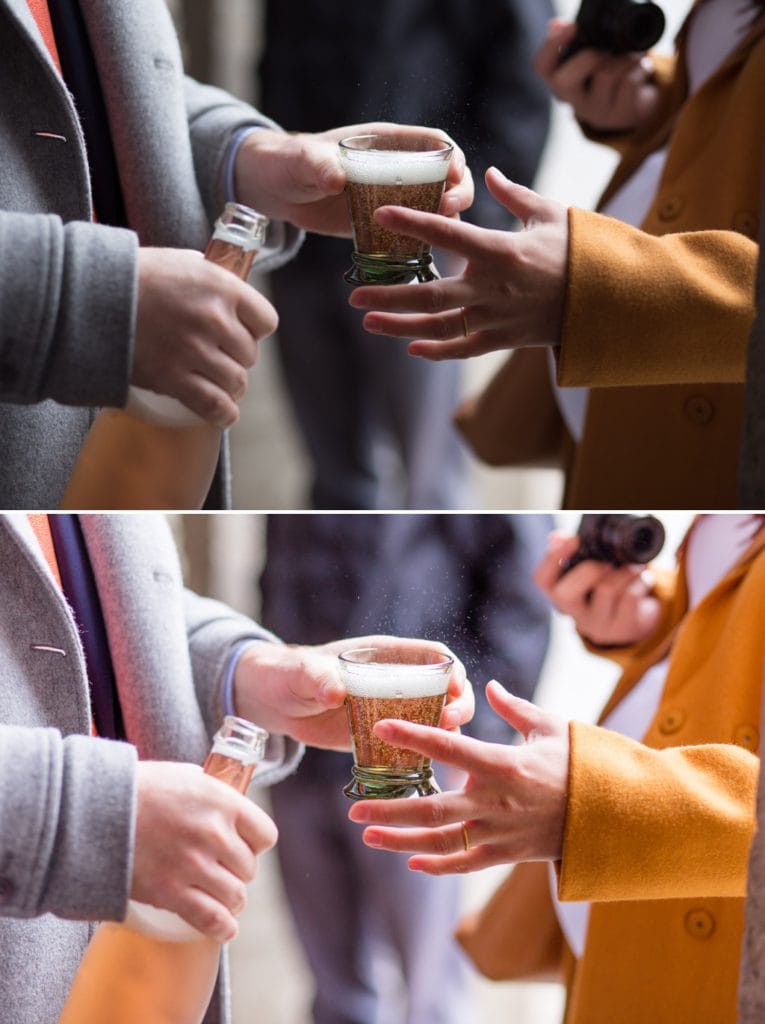 Well, and because this RAW format doesn't think for itself, the images look pretty flat and lifeless right out of the camera. Phew, you really don't want to show that to anyone. And that is why a basic processing must take place! And then you can export the images and make them available and present them to the world. But completely unprocessed ... noeeee that just doesn't work. Technically not!

I mean, you could be a bit nasty and just send the questioner a .CR2 photo ... most of them don't even have a program to even look at the picture. hey 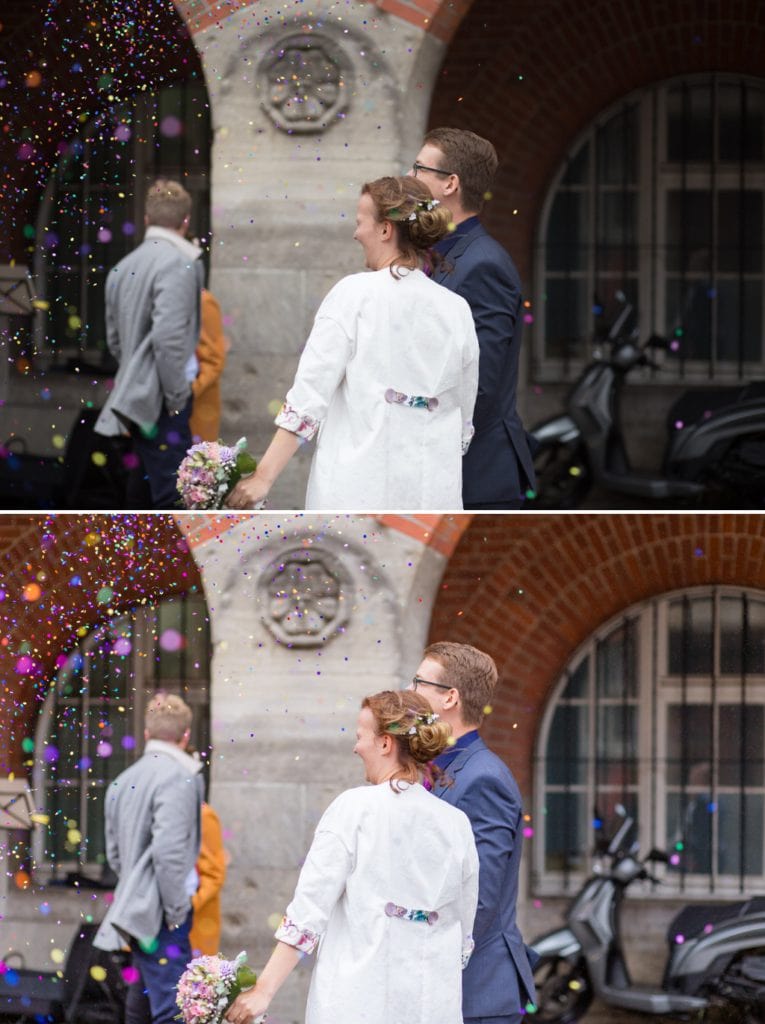 Photos are not always photos

And: if you have photos taken professionally, then you actually don't just want photos. Because Grandpa Heinz or Aunt Gerda can do that for you too. No, you also want this experience. Make it pretty and dress chic. The little excitement and the fun of the photo shoot. The anticipation of the pictures. And just capturing the art of the photographer and, of course, reproducing them. Every photographer is not just a technician, but also an artist with certain ideas and a style. 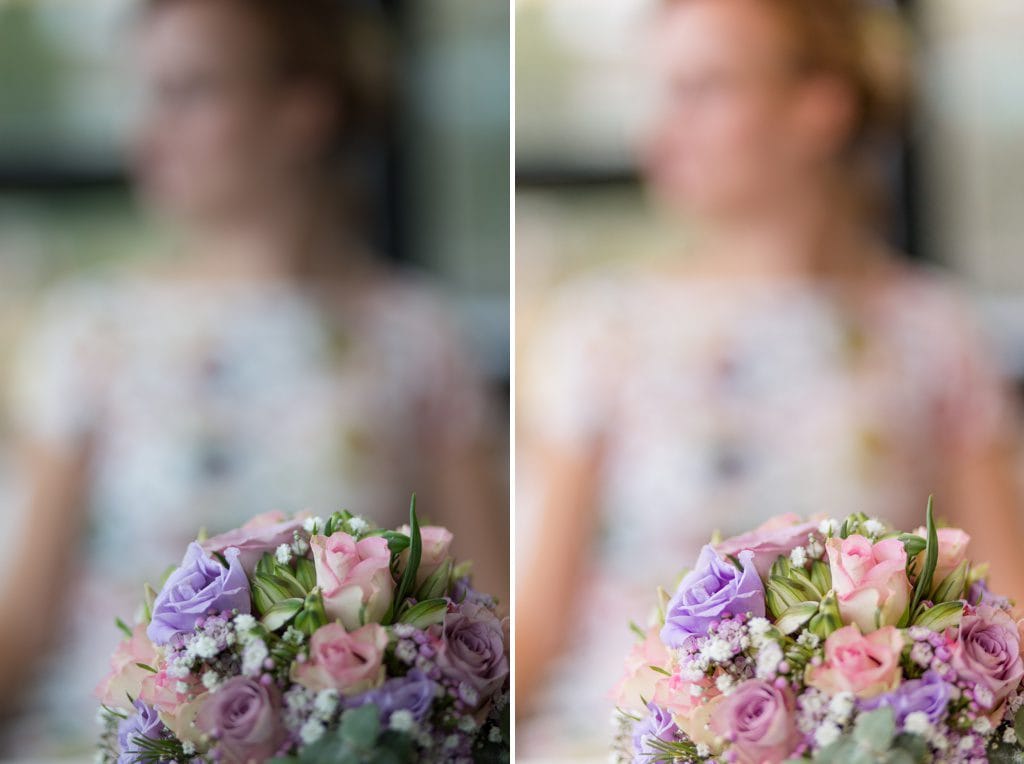 Well, sometimes as an artist you have to save something (especially strange lighting moods within rooms) and then you are happy about image processing. And for all of the reasons mentioned, you'll never get unedited photos from a photographer!

I hope you enjoyed this post, feel free to share it if you have learned something new here 🙂 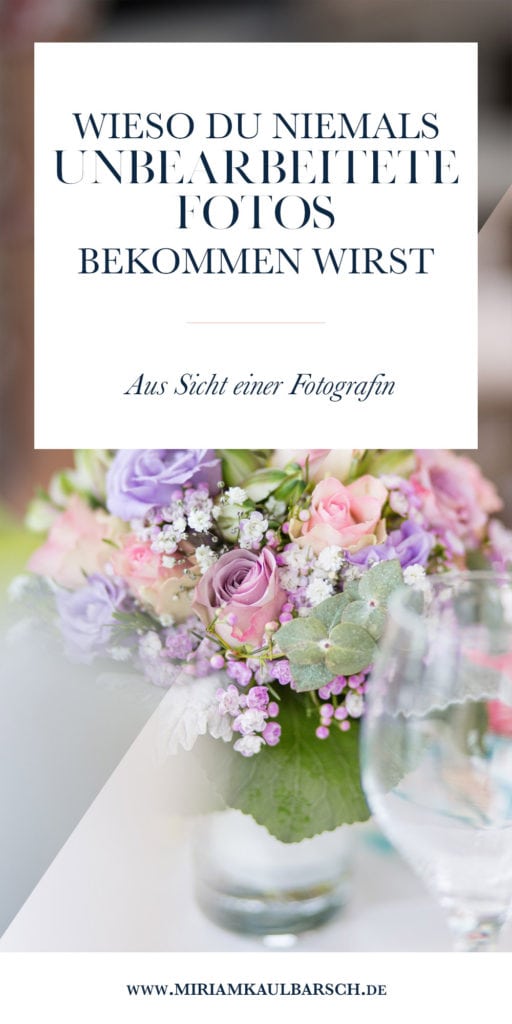