Who is Bob Katter from Australia

The Katter’s Australian Party (CAPE) is a nationalist, right-wing and socially conservative party in Australia, which was entered on the electoral roll in 2011. It is led at the federal level by Bob Katter, who won a seat in the Australian House of Representatives in the general election in May 2019. 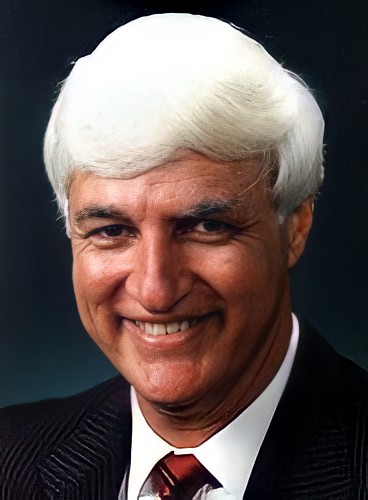 Bob Katter as a young politician

The Katter’s Australian Party is strongly oriented towards the interests of Australian agriculture, opposes economic monopolies and emphasizes the intensive promotion of national products.

The KAP essentially makes the following social and political demands: Solar energy should be strongly promoted in order to minimize electricity costs for farmers using water pumps. However, the party is against any form of CO2 tax and CO2 emissions trading. National products should be promoted over foreign ones. Visas for foreign workers are to be severely restricted and domestic workers are given priority. Fishing should be carried out without restrictions. Air transport, water, electricity and gas supply, health care, transport and communications and road construction are to be taken over by the state. The party wants to restrict the rights of the Aborigines.[1]

Party leader Bob Katter is against same-sex marriages. This became clear when he was asked for his opinion on this. Because he immediately changed the subject and commented on crocodile attacks in Australia.[2]

In June 2018, the Islamophobic and right-wing extremist Senator Fraser Anning joined the KAP and was expelled for his positions in October of the same year.[3]

In May 2019, Bob Katter was able to defend his seat in the Australian House of Representatives, which he won in 2016.