Why are non-American-born Japanese learning Japanese?

February 19th is "Remembrance Day" for Americans with Japanese roots. On that day in 1942, then President Franklin D. Roosevelt signed executive order 9066, the document that made it possible to imprison around 120,000 Americans of Japanese origin on the west coast in internment camps.

This year, the day after this "Day of Remembrance" will have a special meaning: On Thursday the Californian legislature is to approve a resolution with which the state apologizes to all victims of racist internment - 75 years after the end of the Second World War. 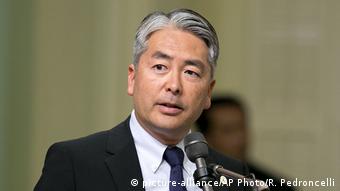 Muratsuchi: California led the anti-Japanese movement in the US

"I want the California legislature to apologize while the camp survivors are still alive," said Al Muratsuchi, the California MP who initiated the resolution. Muratsuchi, born in Japan, is one of approximately 430,000 people with Japanese roots in California. This makes the "Golden State" on the west coast of the USA the state with the largest Japanese population.

After the Japanese attack on Pearl Harbor in Hawaii on December 7, 1941, panic broke out in the United States. People with Japanese roots were seen as potential spies for the enemy. After President Roosevelt paved the way for the internment of Americans of Japanese descent, they were torn from their lives. Those affected were only allowed to take what they could carry and lost their jobs, businesses, homes and practically all of their belongings. Two thirds of them were US citizens.

The camps to which they were transported are no longer known in the USA only as "internment camps", but also as "concentration camps". There was little privacy here, people slept on straw mattresses. Two of the camps were in California, others of the total of 10 facilities were, for example, in Arizona, Arkansas and Utah. The last camp closed in 1946. ´

Even after their return from the camps, those affected struggled. The xenophobia and fear in the population did not simply disappear with the end of the war. And many Americans with Japanese roots never managed to get completely back on their feet after losing their family businesses. 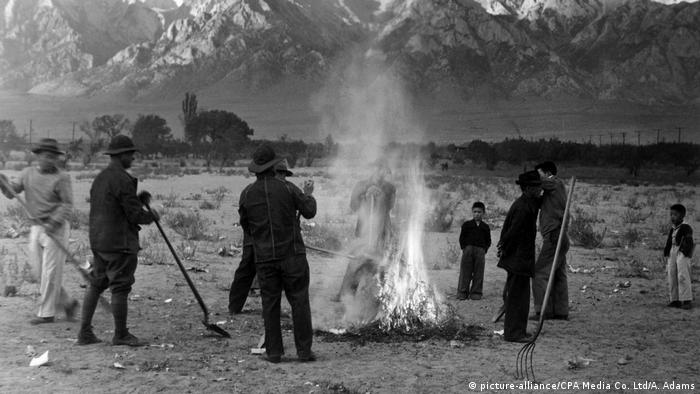 Residents of the Manzanar Internment Camp in California's Sierra Nevada

Crammed together in the smallest of spaces

Mary Murakami from San Francisco was imprisoned with her family in a Utah detention center when she was 14 years old. She told her story to Deutsche Welle in 2016. On the evening of December 7, 1941, after the Japanese attack on Pearl Harbor, "it became very quiet here in 'Japanese Town' 'in San Francisco," Murakami told DW. "When we looked out of our window, we saw the US Army. The men stood shoulder to shoulder on the street, from one sidewalk to another. You couldn't get into or out of our district. Then we knew it was very bad for you looked like us. "

In the camps, people were crammed into a very small space. "We were housed in barracks with about 200 people. Each family was assigned a number - we were number 22416," Murakami recalled. "We were lucky because my sister was able to organize two rooms for our family of seven - one for my parents and brothers, one for us girls. Actually, we would only have got one." 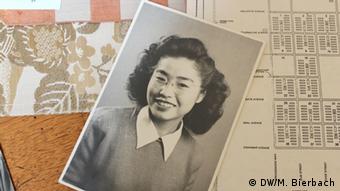 As a schoolgirl, Mary Murakami was sent to a detention center with her family

There was a communal latrine for all families in a barrack. The toilets had no doors, and neither did the showers.

The US government apologized as early as 1988 for the deprivation of civil rights and the inhuman treatment. It paid each victim compensation of $ 20,000. The California apology does not include monetary compensation. But it should be a sign that California recognizes its role in the processes that have caused so many people suffering.