Could Israel beat Russia 1 on 1

Anti-Israeli groups use the May demonstrations for their political struggle. Whoever sings along with the slogans should know who is cocking the car. 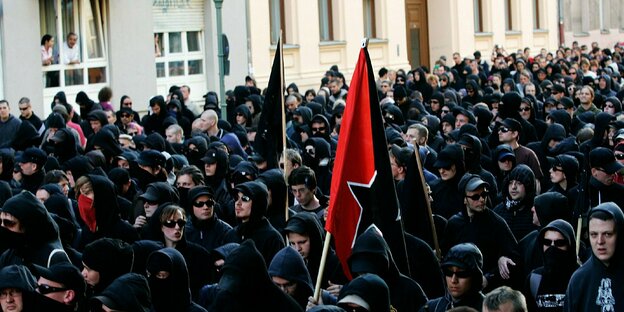 Autonomous on May 1, 2009 in Berlin-Kreuzberg Photo: dpa

International solidarity is a great thing, especially on Labor Day. But solidarity does not mean ignorance, this is especially true for the LGBT community on May 1st in Germany, showing solidarity. In a free Palestine that stretches from the Jordan to the Mediterranean Sea - without Israel - the Palestinian queers would have to look for a new home right after the Jews.

And only if they are lucky enough to escape the wrath of the Islamists and the mob in time. Because what many of these demonstrators do not want to admit: In Palestine it is life-threatening to be queer. The anti-Israel trend has been observed for some time.

It is difficult to forget the pictures of three young people who waved a miniature Israel flag on the sidelines of an earlier May Day demonstration in Berlin, only to be surrounded, spat on and poured with Coke shortly afterwards by an angry horde of men. They send a chill down your spine. This is how exclusion and silencing work. And that at an event for solidarity. Creepy.

The incident, which turned out to be relatively light because some courageously pushed their way between the small pro-Israeli and the huge anti-Israeli group, could be dismissed as an isolated case if it weren't for the entire anti-Israeli environment that took place on May 1st this year found its climax. “Zionists are racists”, it echoed through the whisper bags, and: “Long live the Palestinian resistance.” Palestinian resistance?

What is meant? Suicide bombings, burning buses, bombs in cinemas or just rockets from the Islamist-controlled Gaza Strip to the neighboring kibbutzim? There are worlds between the demand “freedom for Palestine”, which is justified, and the geographical delimitation “from the Jordan to the Mediterranean”, as it is called for by posters. An end of Israel would be the beginning of a new expulsion of Jewish people. We've had that before. And it didn't end well.