Would you arrange to meet a suicide bomber

(March 1, 2009) In the tragic comedy "no (r) way.today", two young people meet to commit suicide by email. Staged by Renate Gosiewski in a production of the Schau-Spiel-Studio Oberberg, Theresa Peeters and Lukas Jörgens shone in the play by Igor Bauersima. 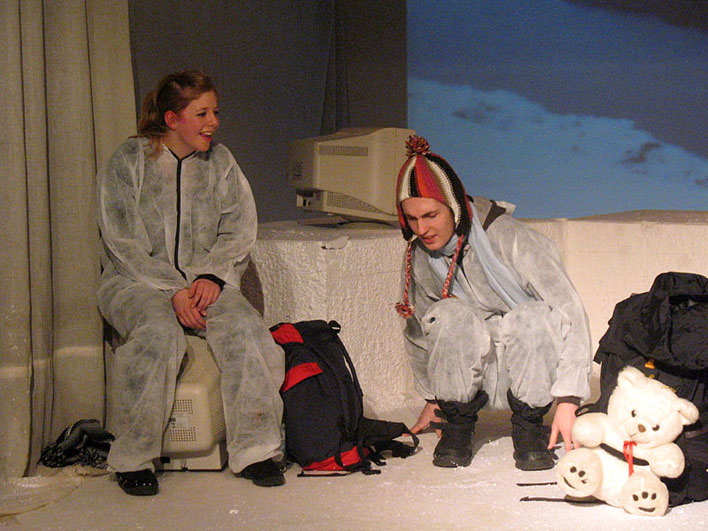 Photos: Vera Marzinski Not a drama, but a tragic comedy in which the viewer's laughter turns into horror in just a few seconds. In the piece, tragedy and comedy lie just a few millimeters next to each other. Sentences like “I don't kill myself every day - I want it to go well” or “I want to anticipate my fate and jump into misfortune before it even happens to me.” The story of the two suicidal youngsters pervades the story. 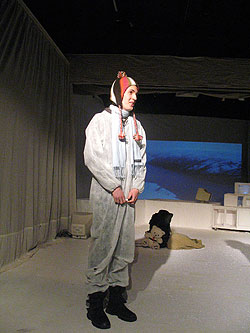 A death arrangement by email, that's how it all begins. Julie and August quickly come to an agreement and in black-and-white and color video recordings the audience in the drama studio follows the last days before they both set off for the agreed location in high Norway. Julie pays for the flight - and a change of scene later, the two of them stand in Norway on a 600-meter-high cliff above the fjord, wondering what they will think in the ten seconds it will take the fall to death.

They freeze, but they feel - in the face of death - life incredibly intensely - not only, but also because of the northern lights that they see: “It's huge!”. Julie emphasizes that she tends to be happy - depression is not worth it. With the planned suicide, she wants to show that she at least knows what she is doing. August says he has reached the end of his unlived life. Julie obviously confuses him with her single-mindedness and he asks, "'Are we on any show?"

At the abyss, there is only one fun thing to do. but then desperate scramble and Julie almost crashes. He gets sarcastic - doesn't want to save her. “You wanted to see me fall under it.” She accuses him. But he'd rather hold out another lap - maybe something real will happen. The real thing is his last wish, which she almost fulfills for him. It gets very erotic in the tent and on the screen. Again perfectly implemented in this staging through text and images - the music recordings are also always used very appropriately. When the video camera was thrown into the abyss on the following day, the two ended the death arrangement in the play. Both actors manage to make the helplessness and fear just as palpable as the fact that they are actually looking for something other than death. 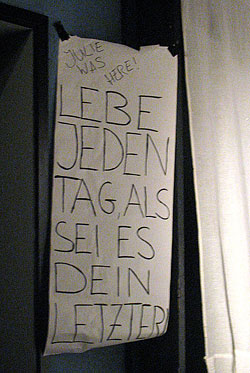 August, on the one hand so relaxed, on the other hand so uptight, who has lost faith in the world, and Julie's rebellious kamikaze suicide command with their distant astonishment and a violent pinch of cynicism accompany the entire piece. Together they provide a compelling testimony to the contradicting feelings that move young people on the cusp of growing up. Theresa Peeters and Lukas Jörgens play these roles very authentically. Author Igor Bauersima not only watches the young people chatting, but also looks deep inside. This is how the game stands before death: A video camera, which is supposed to deliver the last filmed messages to the living, enables both of them to deal with their reality and creates the trust that will have to prove itself in real life. “No (r) way.today“ is a piece about the meaning and futility of life, a story that conveys courage to live, an initial ego trip, which ultimately leads to opposites. The play is based on a real incident reported in SPIEGEL (9/2000): A 24-year-old Norwegian is looking for someone to commit suicide on the Internet. Ten days later, he and a young Austrian jumped to their deaths from the 600-meter-high Prekestolen rock on the Lysefjord in Norway.

The ARD media award winner Renate Gosiewski was won over for the staging of the youth play at the Schau-Spiel-Studio Oberberg. She graduated from high school in Grotenbach-Gummersbach in 1995 and studied directing at the Baden-Württemberg Film Academy. She became known mainly through her directorial work on "UNTER UNS" (Daily Soap). With your production “No (r) way.today”, the gripping comedy about the meaning of life, you are together with assistant Jörn Wollenweber. A story about juvenile suicidal thoughts that turn into courage to live and love - successfully staged at the Schau-Spiel-Studio-Oberberg. 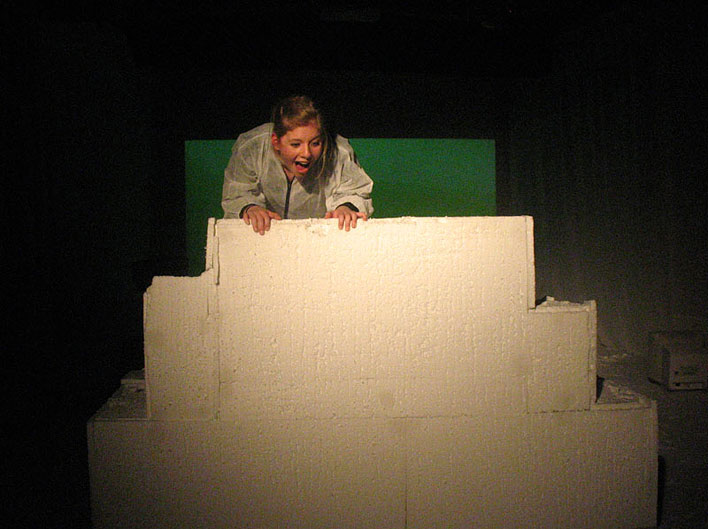 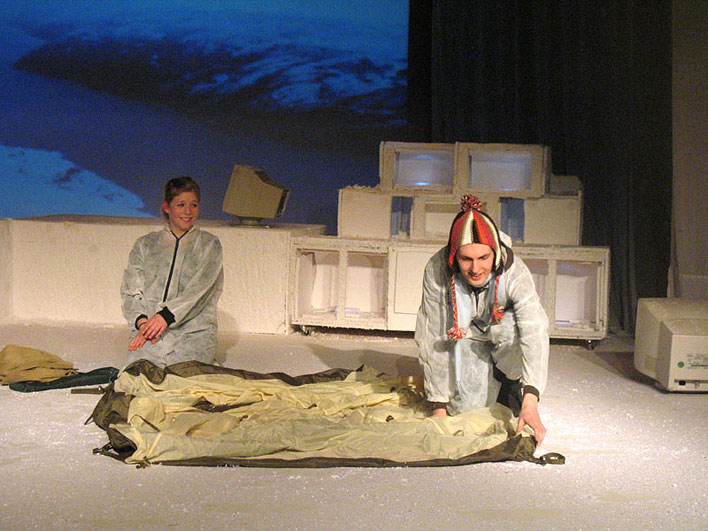