Life in Venezuela is difficult

For Gabriel Jiménez, Venezuela has become too dangerous. He has lived in the USA for two years: it is from here that he continues to drive his personal crypto revolution. reserve is the name of the latest project he works for. The application makes it possible, among other things, to bypass the inflationary Venezuelan currency bolivar. The application has been available in Venezuela since March. "The politicians have no solution for our country," the 31-year-old told DW. 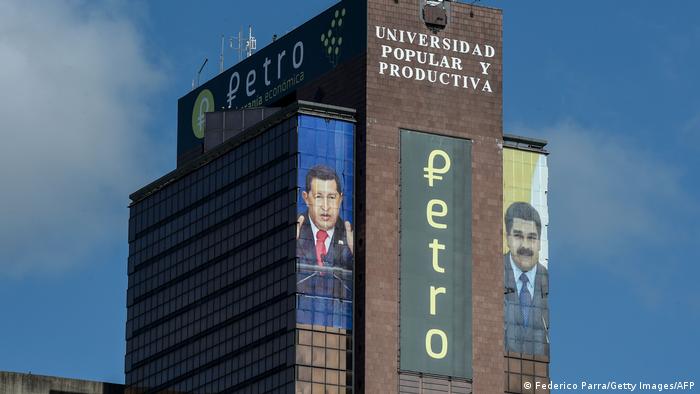 The story of Jiménez is one of hope and betrayal. When the socialist government commissioned him three and a half years ago to design a cryptocurrency for Venezuela, the then young entrepreneur saw a way to get the government back. At that time, Jimenéz - like thousands of his compatriots - took to the streets against the autocratic head of state Nicolás Maduro. The economy of the oil-rich country has been bobbing for years.

For him, a digital currency like Bitcoin was the epitome of freedom: no central control, full transparency - actually the opposite of what the government was looking for. Above all, she wanted a way to circumvent the American sanctions that were tightened by US President Donald Trump.

But Jiménez was no match for the power of the state. The Petro - the world's first state cryptocurrency - was anything but a revolutionary project in the end. Contrary to what Jiménez suggested, the value of Petro was not free, but rather linked to a large oil basin in the Orinoco Delta. He also had to rewrite the founding document - the so-called white paper - on command. 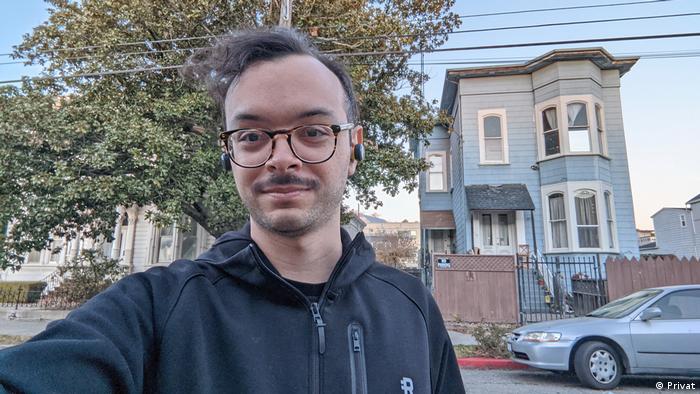 TV pictures show Jimenez on the day the Petro was founded. In a suit, the lanky Venezuelan stands on a large stage next to leading politicians and shakes hands. "I was naive and it still weighs heavily that the petro has become a political weapon of the government," he says today. In the end, he fled to the United States - shortly before his arrest, as he reports.

In the coder scene, Jimenez is not without controversy - the alliance with Maduro in particular makes him unbelievable for many. He has one thing in common with many other tech experts. He wants to outsmart hyperinflation. And that is huge in Venezuela. The government in Caracas only issued a new note at the beginning of March: it says one million bolivars - the converted value is less than half a dollar.

For years, inflation has burned up all Venezuelans' reserves. What you earn today can be worthless tomorrow. In 2020, according to initial estimates, inflation was an unimaginable 6500 percent - in comparison: The EU is aiming for a price increase of two percent.

Most Venezuelans therefore exchange their reserves for dollars. According to the Venezuelan consultancy Ecoanalítitca, 66 percent of all transactions are already in the US currency. However, similar to other hyperinflationary countries such as Zimbabwe, cryptocurrencies are also enjoying great popularity. This is shown by an evaluation of the trading volume on the platform LocalBitcoins (see grafic). Accordingly, the volume of Venezuelan bolivars in bitcoins has risen sharply since the end of 2019. 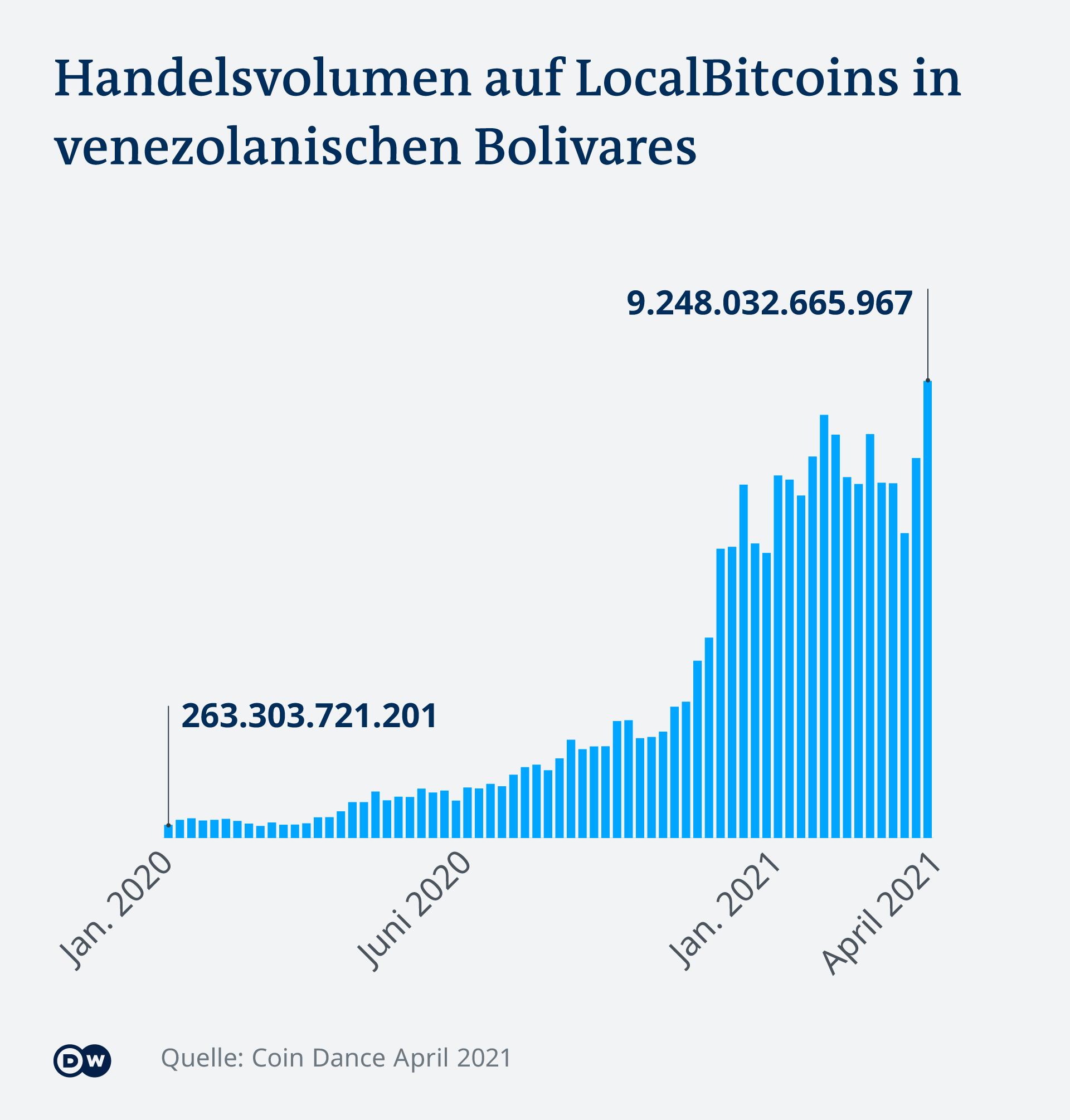 Shopping with Bitcoin, Ether and Co

Also the New York blockchain analysis house Chain analysis assumes that Venezuela is one of the most active countries in the world when it comes to digital currencies. Because most cryptocurrencies are managed in a decentralized manner, a statistical survey is difficult. Nevertheless, after the USA and Russia, Venezuela is the country that trades most digital currencies in US dollars P2P - i.e. directly between buyer and seller.

In the big cities like Caracas, Maracaibo or Valencia, it is sometimes even possible to pay with a digital coin at a street stall, reports the crypto journalist José Maldonado. Digital payment methods are also accepted in more and more shops. "Furniture, clothes, groceries - it is actually possible to buy almost everything with crypto currencies."

Maldonado writes from Venezuela for Cointelegraph, an international news portal for blockchain news. "The cryptocurrencies have a high presence here with us - especially Bitcoin, Ether, Dash and Eos," he wrote in response to a DW request. The crypto trading platform Binance is now just as well known in Venezuela as the traditional bank Banco de Venezuela.

Crypto toys for the middle class, refugees, and government

But it is mainly the middle and upper classes who pay or save with crypto currencies. The internet connection is often very poor in some parts of the country and even in the big cities. "The use of digital currencies remains an illusion for the majority," said Maldonado. 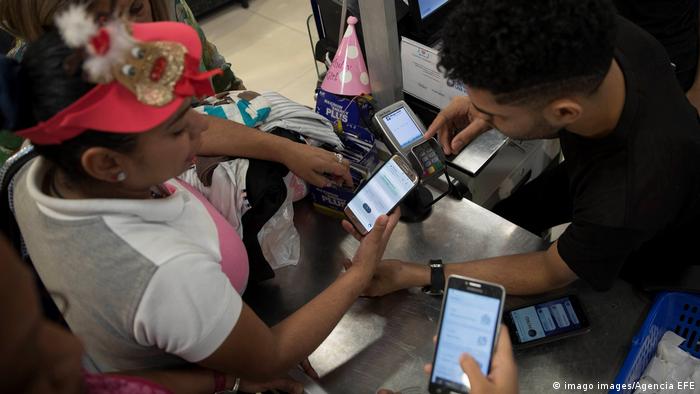 For the many Venezuelans now living abroad, in particular, cryptocurrencies are a way of sending money cheaply and quickly to their relatives. Of the nearly 30 million Venezuelans, five million fled abroad before the socialist government.

The Petro continues to fight for its reputation

The first digital currency of a country - the Petro - co-created by Gabriel Jiménez, is meanwhile being used by the government as a state instrument. So she gives Petros away as part of social programs. In mid-2020, petrol station operators in the country stated that around 15 percent of payments were processed via the Petro. Apparently the government wants to further increase acceptance. At the end of the year, around eight million employees received half a petro as a Christmas bonus - the equivalent of 30 dollars. Whoever wanted the bonus had to register on the state platform. Tax payments can also be made via the Petro since the end of 2020.

To what extent officials of the regime use the Petro to transfer funds abroad is unclear. But the accusation is in the room. Similar to Bitcoin and other digital currencies, the real senders and recipients can be concealed well.

For the crypto expert Gabriel Jimenéz one thing is certain: The Petro was a mistake. "That drives me to work harder today". The only good thing about the project was that other cryptocurrencies had also gained acceptance. It is still a small part of the world that has access to digital currencies. Still, it seems that this growing small part is gradually regaining its financial freedom. The risk is clearly defined: Because the cryptocurrencies are highly volatile - but given the inflationary bolivar, it's worth it for many.