How did man hunt mammoths

How did Stone Age people survive in the icy cold of Siberia?

Even by Siberian standards, the excavation site is remote. The lowlands between the lower reaches of the Jana and Kolyma rivers are among the most sparsely populated and coldest inhabited areas on the globe. Here, in the Far East of Russia, the thermometer fluctuates around minus 38 degrees in January. It only stays frost-free for a good two months in summer, and then the thermometer can easily break the 30-degree mark. On top of that, the area is quite dry: In Munich, for example, four times as much water falls on the earth every year.

And yet the archaeologist Vladimir Pitulko and his colleagues found 32,000-year-old traces of people here, not far from the Nizhneyansk settlement, a few kilometers from the North Sea coast. What drove these hunters and gatherers to dwell in such an inhospitable area without the aid of civilization? How did they survive? 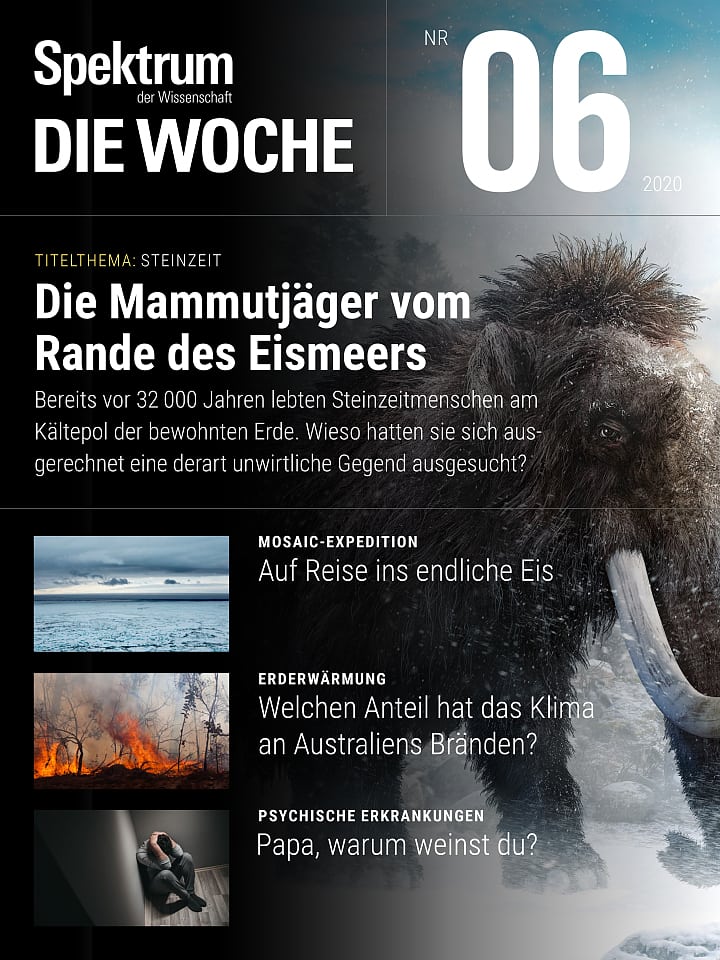 Because, as studies have shown, it was no less frosty at the time than it is today, only the summers could have been a bit warmer. There was also probably 50 to 100 liters more precipitation in the year, so that the landscape was also different. Instead of today's tundra, there was a seemingly endless cold steppe.

Today grasses and dwarf bushes with isolated groups of the extremely cold-resistant Dahurian larch grow on the permanently frozen ground (Larix gmelinii), at that time in summer many herbs such as plantain, mugwort and chrysanthemum plants shot up, which gave food to a rich animal world: mammoths, woolly rhinos, musk ox, bison, horses and reindeer grazed here. Numerous predators lived on them, including brown bears, wolves and wolverines, and a creature that was apparently magically attracted to this land of milk and honey - humans. There was plenty of prey to be made for the Stone Age hunters.