Why is anti-white racism socially acceptable

White people are also victims of racism in this country - those from Eastern Europe. But is there room for them in the current anti-racist discourse? 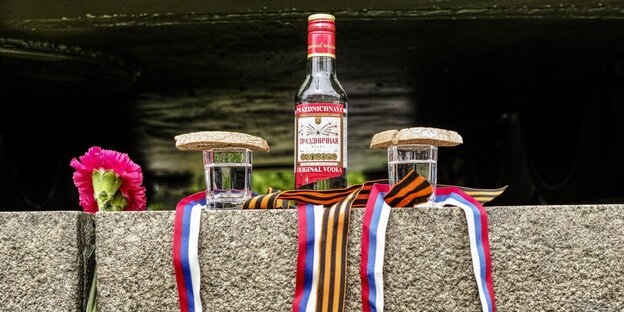 Commemoration of the victims in the fight against the German war of extermination in Berlin 2015 Photo: Mike Schmidt / imago

Anti-racist protests and debates, including those on Germany's colonial past, are experiencing an upswing. That is good and important. Work-up is taking place, albeit slowly. But there is a crucial void in this anti-racist discourse: the discussion about anti-Eastern European and anti-Slavic racism.

The fact that since 1945 the crimes of the National Socialists and above all the Wehrmacht in Eastern Europe have been neglected, but also to show a historical continuity of anti-Slavic racism, can be seen in today's racism discussions.

It does exist, the long tradition of anti-Slavic and anti-Eastern European racism in Germany. That says Jannis Panagiotidis, migration researcher and head of the Recet Center for Transformation History at the University of Vienna. He considers the current debate on the question of whether white people could experience racism in Germany to be under-complex.

People from Eastern Europe experience racism, don't because they are white but rather Nevertheless. The perpetrator perspective is crucial, says Panagiotidis.

No black and white binary scheme

The problem is that racism is often pretended to be an exclusively black and white binary scheme, he says. Especially in Europe, racism was never based solely on differentiating between skin colors. The so-called “race theory”, as it existed in the 19th and first half of the 20th century, did not just divide mankind into whites and blacks, says Panagiotidis. But in “civilized” Western Europeans: inside and “barbaric, backward” people in the East. This categorization reached its climax later under the National Socialists, who spoke of "Slavic subhumans". The anti-Semitic image of the “Eastern Jews” is also historically related to it.

From a Western perspective, Eastern Europe has been a place of backwardness since the Enlightenment. Where previously the conceptual border ran between north and south, between the “educated south” and the “barbaric north”, this shifted after the Enlightenment: soon “the west”, which saw itself as civilized, was looking at the “backward east” ".

In the German context, this pronounced anti-Slavism has a special "bad tradition", says Hans-Christian Petersen. He teaches at the Institute for History at the University of Oldenburg, with a focus on the history of Russia and the Soviet Union, among other things. "Since the 18th century, one can find in the sources again and again the idea of ​​so-called 'German cultural carriers' who would bring the light of culture to the 'dark east'," he says. The priority is travelogues that tell of "how uncivilized and backward everything is" there in the east. A colonialist view of the East can certainly be seen in it. So it does not go far enough to limit German colonialism exclusively to the years between 1884 and the end of the First World War.

This German tradition is expressed in the term “German East”. At that time it was imagined as a freely available space, a “basically culturally empty space that could be completely rebuilt and filled with one's own culture and value,” says Petersen. This later reached its negative climax under the National Socialists and the “General Plan East”, which is hardly anchored in collective knowledge.

With the beginning of the war against the Soviet Union in 1941, Hitler dreamed of the ideal image of the “eastern region”, which was to be taken over as a German settlement and supply area as far as the Urals. Hitler's criminal plan was to settle five million Germans in annexed Poland and in the western part of the Soviet Union. A total of 31 million people were to be deported or murdered. 14 million “foreigners” were supposed to become work slaves. The life of the Slavic and Jewish population in these areas was threatened by hunger, exploitation, deportation and death. Only the course of the war put an end to the murderous plan. Anti-Slavic racism was genocidal in the German context, says migration researcher Panagiotidis.

Until the noughties, the Nazi crimes in Eastern Europe only appeared marginally in the collective German memory. That changed in part with the second Wehrmacht exhibition from 2001, with the beginning of the forced laborers: internal debate and the establishment of the Remembrance, Responsibility and Future Foundation in 2000, as well as the beginning of compensation payments to former forced laborers from Eastern Europe.

In the past twenty years, however, the process of coming to terms with the National Socialist crimes in Eastern Europe has been socially sluggish. In science, on the other hand, there are extensive works and studies on this. It is therefore surprising that this knowledge hardly made it into the anti-racist discourse.

Ignorance alone would be a condition that could be changed. Unfortunately, some anti-racists also show an unwillingness to recognize the history and concern of Eastern Europeans. As if there was a fear of victim competition or simply no place for these people in the anti-racist discourse.

Last November, journalist Hasnain Kazim got upset on Twitter about who would be invited as a US expert in connection with the US presidential election. "It's like the Helmut Kohl government, whom they saw as 'Russian Germans' - even owning a German shepherd 200 years ago was enough," he wrote. His tweet sparked criticism. Kazim initially ignored this, but deleted his tweet.

Kazim, who himself repeatedly fell victim to right-wing hate news and racism, spoke out against people who had similar experiences. Is that surprising? Not really. Kazim not only revealed that he was insensitive to the history of the Russian-Germans, he also used a crude slogan that was popular among right-wingers over twenty years ago.

After days of silence, Kazim apologized on Facebook. Whereby he again proved that he had not made any progress in dealing with the subject. He spoke of Germans from Russia as immigrants who would have been naturalized because of their “German blood”, while non-white migrants who had lived in Germany for some time had to overcome higher hurdles, such as Kazim's family.

In fact, Germans from Russia were never naturalized because of their “German blood”. Rather, the basis was the expulsion and deportation experienced during the Second World War. Russian Germans had to prove their "German nationality", that is, an ethnic affiliation. However, many Germans generally viewed them as "Russians".

Little known are the post-Soviet migrants who were victims of racist violence. Probably because it was difficult to categorize. They weren't too whiteto experience racism? Migration researcher Panagiotidis writes about it in his current book “Post-Soviet Migration in Germany”.

On May 4, 2002, young people attacked the emigrant Kajrat Batesov and his friend Maxim K. in front of a disco and insulted them as “fucking Russians”. Batesov died of his injuries on May 23, 2002. The court did not want to recognize a “xenophobic motive” at the time.

In Heidenheim, a right-wing extremist stabbed Viktor Filimonov, Waldemar Ackert and Aleksander Schleicher, all three young ethnic repatriates, to death on December 19, 2003. In this case, too, the court saw no racist background.

The fact that there are also post-Soviet migrants among the perpetrators of racist violence is "one of the paradoxes of German majority society," writes Panagiotidis.

What does that illustrate?

Probably that the boundaries between perpetrators and victims are not always as clear as some would like them to be. Reality is just more complex than it has often been presented in anti-racist discourse.